We are constantly confronted about the Illiquidity Premium associated with Senior Life Settlements as an objection to owning the asset class. Put simply, until a policy matures, i.e., the liquidity event, there is no cash flow. It’s a pure “Buy and Hold” trade. To some, the idea that their money is inaccessible is tantamount to capital claustrophobia. On the surface, it certainly appears that it’s better to have it and not need it than need it and not have it. However, liquidity comes with hidden perils despite the veiled comfort that it provides.

We have all heard the secret to investing is “Buy Low…Sell High,” right? If you are one of those people that are disciplined investors that set hard entry and exit prices, manage position limits and vigilantly fight market volatility risk, Bravo to you.

What happens in reality with your very real money is often driven more by emotion than intellect. Let’s take Bitcoin for example. At the height of the pandemic, Bitcoin seemed to be all the rage and if you didn’t own some, you were definitely missing out on the next big thing. The cryptocurrency was trading at a high of $63,462.25 on April 15th. It more than halved itself by July 21st down to $31,634.00 per coin. 35 days later it’s trading at $48,266.00 according to Coinbase as reported by CNBC. In percentage terms, that’s a -50.15% drop from the all-time high to the July 21st bottom and a subsequent 65.54% gain to today. 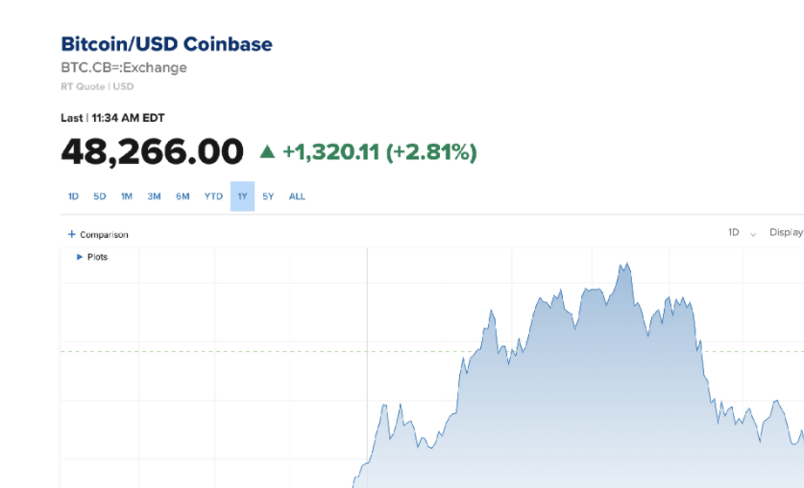 So, by show of hands, how many of you bought Bitcoin at the highs when the pundits were touting their prognostications of the crypto giant going to $100,000 per coin and then decided a scant few months later that you just couldn’t handle being cut in half any longer and sold out? And how right did it feel when you had good ‘ole greenbacks, albeit half as many as you had before, in your account instead of the funny money? Hell’s bells…I’m not doing that again.

Don’t beat yourself up. It happens to all of us. It’s just not natural to run toward the danger. But generally, investing is counterintuitive if you intend to make the whole “Buy Low…Sell High” thing work for you.

Life settlements, despite being hamstrung by a lack of immediate liquidity with which to make your next big blunder chasing today’s Wall Street darling, are one of the best asset classes to provide principal safety, built-in growth rates, and protection from yourself. There’s a good reason why the government penalizes you for withdrawing retirement funds before you’re old. If most of us weren’t forced to save for a rainy day, we wouldn’t.

Make the whole “Buy Low…Sell High” thing work for you

The way liquidity should be used is to exercise your right to memorialize the momentous gains you’ve compiled in some of those high-flyer stocks you so astutely acquired at just the right time and make an investment in keeping your profits. Sure, it’s painful to walk away from the table when you’re sitting on a pile of chips, but it beats the hell out of the walk back to the ATM.

The Senior Life Settlement Asset Class is an alternative investment to grow and protect your money. There is one factor ...

It’s always perplexing to me that people only see what they want to see. It’s human nature to gravitate to that which ma...